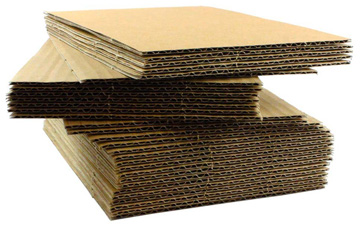 Mixed media artists have a variety of surfaces on which to do their work. Some of them require very little thought or prep before proceeding with your work, while others require a certain amount of priming, sealing, or cussing before they’re suitable. 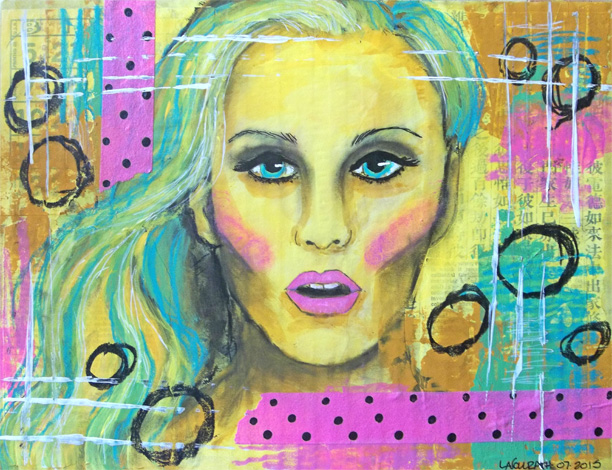 Here are some of the surfaces I’ve used in my work, and what I’ve learned about them along the way:

Like many mixed media artists, I like to work on watercolor paper. For wet media, like watercolor and acrylics, I use Canson XL 140lb cold press.

What does that mean?

140lb is the weight of the paper. The higher the poundage, the thicker the paper, so 90lb watercolor paper is lighter weight than 140lb, and 300lb is heavier than both of them. Cold press is designed for wetter media, and has a rougher surface than hot press, which is designed for inks and markers.

I tend to buy paper in pads, already cut to size, rather in large sheets that would require me to cut it myself. Full sized sheets of watercolor paper are usually 22 x 30 or 24 x 36 inches.

Since I don’t do much watercolor work, I prime my paper with acrylic gesso, to make it ready for acrylics or water soluble pastels. The gesso cuts down on the paper’s natural absorbancy, and provides enough grab for paints or pastels to be applied in light layers.

Mixed media paper is designed for some mixed media work, but not all. It’s good for light paint work, collage, and pastels, but maybe not the best choice for very heavy or very wet paint work. It’s also friendlier to pens and markers than watercolor paper.

Mixed media paper comes in weights, like watercolor paper, and the heavier the weight, the thicker the paper. I looked at Canson and Strathmore mixed media pads, and the weights varied from 98lb to 140lb. Some pads were marked vellum, which means they have some tooth or surface roughness, while others had no surface designations. (Don’t confuse vellum surfaces with the semi-transparent paper that was popular in scrapbooking and cardmaking a while back. Vellum surface generally means some roughness, for pastels and paints, while plate surface means smooth, for ink and markers.)

Before there was mixed media paper, there was Bristol board. Bristol is not actually a board, but a paper. For smooth surfaces, look for surface designations smooth, plate, or Bristol; for a rougher surface, look for vellum. It’s also sometimes offered as hot press (smooth) and cold press (rough). Confused yet?

Just to make things even more confusing, the paper weights come in either pounds or plies. 100lb Bristol is usually 2 ply, while 140lb is 3 ply. Just remember that the bigger the number, the heavier the paper.

Vellum Bristol is great for watercolor. In fact, it’s what I used for illustrations when I was a costume designer. It does tend to ripple a bit when hit with wet media, and I’m not sure it would ever be my first choice for painting with acrylics. It also makes a wonderful surface for collage.

Illustration board is one-sided Bristol with a heavy backing. It comes in 2, 3, and 4 ply, with 4 ply being the thickest and sturdiest. One of the advantages of illustration board is that pieces hold their shape when propped up on an easel or leaned against a wall.

Like other papers, illustration board comes in vellum and plate surfaces, or cold and hot press. Wet media always requires cold press! Don’t buy hot press unless you’re doing pen and ink or markers, or you’ll end up with the top surface layer peeling off as you work.

I used illustration board for costume illustrations (go figure), but haven’t worked with it much since I stopped designing. It’s a little more expensive than most art papers, and you either have to cut it yourself, or have it cut in the framing department of your local craft store. If you have trouble with your mixed media work curling and rippling on watercolor paper or mixed media paper, you might want to give a piece of illustration board a try.

Cardboard has been the surface of choice for student artists and those who are broke for as long as it has existed. It’s cheap, or even free, and accepts many media as if it’s art paper.

I prefer to work on corrugated cardboard, rather than chipboard, because it has the added feature of being built in layers, which can be peeled back to expose different textures.

Sadly, as many people have rudely pointed out every single time I’ve posted a piece worked on cardboard, it’s not archival. I DON’T CARE. If my work disintegrates 200 years from now, well, I’ll be happy it made it that long without getting tossed into someone’s trash.

I generally do a quick sealer coat of matte medium, or a primer coat of gesso, if I’m going to paint on cardboard. If you collage, then paint, cardboard is very accepting of all glues. Even cheap glue sticks stick like a dream.

It’s cheap. It’s plentiful. It’s accepting of most media. What’s not to love?

Canvas boards, or canvas panels, are flat, rigid boards that have been covered with canvas, then primed. I prefer canvas panels over stretched canvas, because I do a lot of pressing and rubbing of the surface when I’m working. Canvas boards hold up to the beating.

The one minus with canvas boards: the surface texture can vary by brand. Cheap canvas boards tend to have larger fibers, which create ridges that may remain visible through several layers of paint and paper. Better brands use a finer canvas, which leaves less texture.

I really don’t use stretched canvas much. I don’t love it as much as I love other surfaces, and it’s generally more expensive and requires more space to store. However, I have worked on it in the past, in both acrylics and oils, and the advice I have is this: don’t choose canvases by price, but by surface finish. One company’s primed canvas will have a fine, chalky surface, while another’s will be smooth and look like it’s plastic-coated. If you want to order a stretched canvas online, go to an art store, and find a brand whose surface you love, and write down all the information on its label (or, take a photo of it, like I do). Don’t order canvases blind, because you may end up with a surface you don’t love.

Hardboard panels are pressed fiber boards. If you’ve ever played with pegboard, that’s the same stuff, only without the holes. In the past, it was possible to go to hardware stores, and buy sheets of masonite, which is the pegboard without the holes, but the sheets are getting harder to find. Instead, hardboard is sold online as an art surface.

In a pinch, I’ve used the cheap, picture of wood paneling you usually see in 1970’s dens. I have some of this hanging on the walls of my garage, and as the humidity causes the panels to peel off, I flip them over, cut them up, and use them for art.

I mostly use hardboard for beeswax collage and encaustic work. It sort of sucks paint into it, so it needs some heavy priming to be used as a surface for acrylics.

While we’re at the hardware store, looking for hardboard, we may as well talk about wood. Most big box hardware stores have a section of nicer woods for furniture building. I like birch plywood, which has a nice, fine surface texture, and not a lot of knots. Other options are usually furniture grade pine, and oak.

Wood sucks paint like there’s no tomorrow, so before working on it, it either has to be primed or sealed with a clear, workable sealer.

11 thoughts on “Surfaces For Mixed Media”